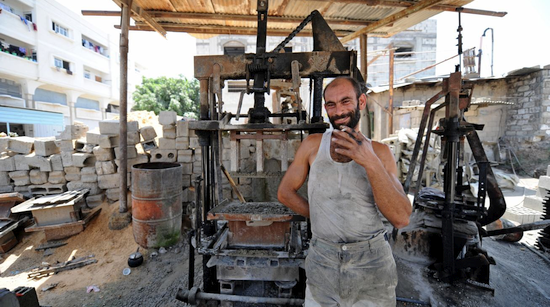 Six months after the end of the fighting in Gaza, Gisha this morning published a position paper reviewing the damage caused to the Palestinian economy as a result of access restrictions and outlining the changes needed for true recovery. The paper, A costly divide: Economic repercussions of separating Gaza and the West Bank, shows that the “separation policy” – a litany of decisions made by Israel with the objective of institutionalizing a split between Gaza and the West Bank – remains in place despite promises made in the wake of the fighting to ease access.

The paper presents a model for assessing the economic potential of re-connecting the two parts of the Palestinian territory. It also includes an overview of major industries in the Gaza Strip, demonstrating how the split has had a particularly harmful effect on Gaza’s economy.

Restrictions on travel and cutting Gaza off from its natural markets in Israel and the West Bank, where 85% of outgoing goods were sold until 2007, has had a disastrous effect. Israel’s separation policy, combined with the closure of the tunnels running between the Gaza Strip and the Sinai, brought Gaza’s unemployment to 45% before the summer’s fighting, while 70% of the population relied on humanitarian aid. The construction industry, which was the backbone of the economy throughout the closure years, collapsed without raw materials, and the agriculture, furniture, textile and information, communications and technology sectors were unable to develop without travel and access to markets.

The launch of Gaza’s reconstruction process, along with the easing of some access restrictions, as part of the cease fire understandings, could take us down a path to changing the separation policy, but thus far, too little has been done, and too slowly. Allowing some marketing to the West Bank and the promise of allowing some marketing to Israel are important steps, but unpredictability in the policy and burdensome logistical requirements have kept outgoing goods to just 8% of their previous levels. Travel between Gaza and the West Bank remains limited to “exceptional humanitarian cases”, and Israel has allowed into Gaza just 8% of the materials needed for reconstruction.

Gisha Director Eitan Diamond: “If top government and security officials are serious in declaring that Gaza’s reconstruction promotes Israel’s security, they should make a fundamental change: canceling the policy to separate Gaza from the West Bank“.